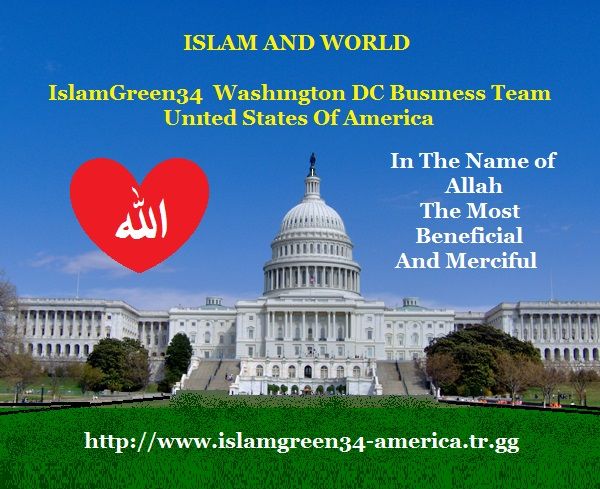 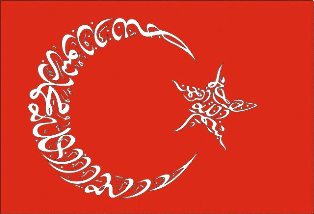 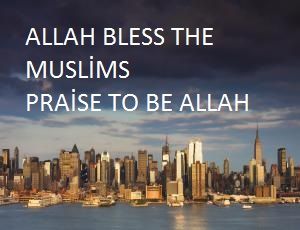 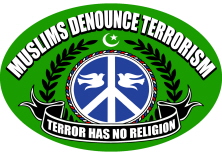 Click the icon for a list of Muslim voices speaking out against extremism and terrorism.
The American Muslim - TAM - The Original
(Note: The American Muslim (TAM) is not and never has been in any way affiliated with the Muslim American Society or their publication. Since 2001 they have gone by a remarkably similar title, however we are proud to be the original, published in print or online since 1989.)
http://www.theamericanmuslim.org/
EDITORS COLUMN

Passion for Peace: Reflections on War and Nonviolence is a collection of essays on war and nonviolence by Thomas Merton.

This essay is titled “The Root of War Is Fear” and seems to apply particularly to this Thanksgiving day.

“If men really wanted peace, they would sincerely ask God for it and He would give it to them. But why should He give the world a peace which it does not really desire? The peace the world pretends to desire is really no peace at all.

“To some men peace merely means the liberty to exploit other people without fear of retaliation or interference. To others peace means the freedom to rob brothers without interruption. To still others it means the leisure to devour the goods of the earth without being compelled to interrupt their pleasures to feed those whom their greed is starving. And to practically everybody peace simply means the absence of any physical violence that might cast a shadow over lives devoted to the satisfaction of their animal appetites for comfort and pleasure.

“Many men like these have asked God for what they thought was ‘peace’ and wondered why their prayer was not answered. They could not understand that it actually was answered. God left them with what they desired, for their idea of peace was only another form of war. The ‘cold war’ is simply the normal consequence of our corruption of peace based on a policy of ‘every man for himself’ in ethics, economics, and political life. It is absurd to hope for a solid peace based on fictions and illusions!

“So instead of loving what you think is peace, love other men and love God above all. And instead of hating the people you think are warmongers, hate the appetites and the disorder in your own soul, which are the causes of war. If you love peace, then hate injustice, hate tyranny, hate greed — but hate these things in yourself, not in another.”

November 21, 2012: We have added a special resource RESOURCES FOR DEALING WITH ISLAMOPHOBES which provides a great deal of information in a summarized format. Clicking on any of the many links provided in this collection will take you to an article that provides a response or analysis of the particular claim or issue. Many of these articles have extensive collections of articles and reference materials. The easiest way to use this would be to use a “Ctrl F” search to find a response to any particular issue, claim, or common anti-Muslim meme. For example: Muslim Brotherhood Document, or unindicted co-conspirator, or taqiyya, etc.

On TAM, we have published a number of articles on the current controversy over a series of ads being published in public spaces across the country by the hate groups AFDI/SIOA. These articles include many sources and references regarding discussion of different aspects of this controversy:

September 22, 2012: TAM published a series of articles on the terrible tragedy in Libya when our Embassy was attacked and U.S. Ambassador Christopher Stevens and three other American Embassy staffers were murdered by terrorists, and the many violent protests across the world over the film “Innocence of Muslims”, as well as a series of provocative anti-Muslim efforts that occurred in the same brief time period. See TAM article collection on violence after anti-Muslim film

We will update this regularly. Please send me an email at tameditor@aol.com about any stories that I miss.

— This is a complete list of my online articles with links.

. You can also type book into the TAM search engine for a list of all book reviews and announcements. - If there is a book you feel strongly about and it is not listed here as already having a review written, please write a review and send it along to

- Simply click on the logo on the homepage to go to a lengthy collection of Muslim denunciations of terrorism, extremism, and violence. Also includes collections of responses to claims about Islam and Muslims, resources about Islamophobia, and general resources on many topics. If you would like to place this icon on your website, please contact us and we will send you the artwork file. We have had a quantity of these made up in “Euro-style” 4 X 6” oval bumper stickers. We would like to have these seen on cars everywhere, and so are making them available at the best price possible. Contact us to purchase these at $1 each.

ISLAMOPHOBIA - RESPONSES TO ISLAMOPHOBIA AND EXTREMISM
Click on the Muslims Denounce Terrorism icon on the main page for article collections on this and other topics.

“Do not be people without minds of your own, saying that if others treat you well you will treat them well, and that if they do wrong you will do wrong to them. Instead, accustom yourselves to do good if people do good and not to do wrong (even) if they do evil.” — Prophet Muhammad (PBUH)

“Every gun that is made, every warship launched, every rocket fired signifies in the final sense, a theft from those who hunger and are not fed, those who are cold and are not clothed. This world in arms is not spending money alone. It is spending the sweat of its laborers, the genius of its scientists, the hopes of its children….This is not a way of life at all in any true sense. Under the cloud of threatening war, it is humanity hanging from a cross of iron. — Dwight D. Eisenhower farewell speech to the American people.

THE GOLDEN RULE
— Brahmanism: This is the sum of duty: Do naught unto others which would cause you pain if done to you.: Mahabharata 5:1517
— Buddhism: Hurt not others in ways that you yourself would find hurtful.: Udana Varga 5:18
— Christianity: All things whatsoever ye would that men should do to you, do ye even so to them.: Matthew 7:12
— Confucianism: Surely it is the maxim of loving-kindness: Do not unto others that you would not have them do unto you.: Analects 15:23
— Islam: No one of you is a believer until he desires for his brother what which he desires for himself. Sunnah
— Judaism: What is hateful to you, do not to your fellowmen. That is the entire Law; all the rest is commentary.: Talmud, Shabbat 31:a
— Taoism: Regard your neighbor’s gain as your own gain, and your neighbor’s loss as your own loss.: T’ai Shag Kan Ying P’ien
— Zoroastrianism: That nature alone is good which refrains from doing unto another whatsoever is not good: for itself. : Dadistan-i-dinik 94:5